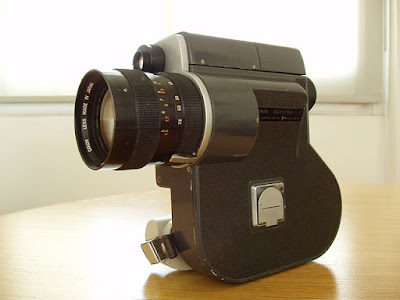 The Cannon Scoopic was the first film camera I ever used. The remarkable aspect of the device was that it was intuitive and easy to master in about a single afternoon. The film footage wasn't breathtaking but I was expecting something along the lines of the Zapruder film. Still, the sleek, relatively small body camera remains one of the all-time best news cameras ever manufactured.

Starting out with a new blog. The design isn't important but the content will be . . . Coming soon!!!

This guy has to be the funniest camera reviewer I've seen in my life. His reviews are about his personality but he actually has some great understanding about the camera game and practical use. Watch his videos and wait for the HILARIOUS behind the sences camera company board meetings.